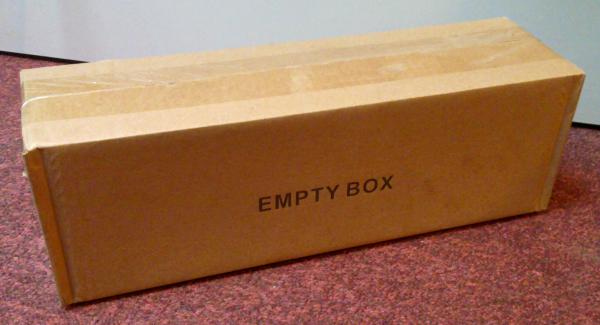 Over the Christmas season we bought an electronic drum kit so that my daughter can practice at home; she's 9, but I hope that some day we can play "Ace of Spades" together. But the most exciting item in the large box was the empty box! I have not opened it up to ascertain if, indeed, the box is empty. Who knows, it might even contain KDE 4.9.3 packages for FreeBSD.

ObKDE: I found David Narváez post about the term "real-life" intriguing. Way back, Sebas and I used the terms "work-work" and "kde-work" to distinguish between "the time spent developing software for which (time) we are paid" and "the time spent developing software which is fun". That seems a little less pejorative (and sometimes the two overlapped). But there's another angle, not one pitting "KDE time" against "useful time" like David suggests. It may be that people writing about "real life" use that as a contrast to "that portion of life spent in virtual environments", i.e. that it's about computer-vs-non-computer related time with no value judgement on the value of either. But I feel he makes a good point: the words we use to describe the effort we put into KDE makes an emotional difference.
(Edit: somewhere the combination of Blogilo and Wordpress makes a mess if you fill in an HTML element like in the post title -- you can help out Blogilo and KDE-PIM here.)