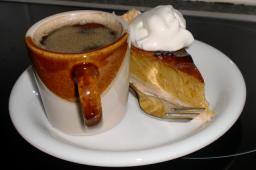 Autumn is upon us (this means in the Netherlands: it has started raining, but for me: coffee and pumpkin pie).

Qt 5.13 has landed in FreeBSD, but this is now generating a bunch of bug reports, so I’m holding off upgrading my own desktop until some of those have been sorted out (by Tobias or myself, probably in VMs). Other parts of the stack are pretty much up-to-date.

I see there’s been a kube 0.8 release – the mail thingy, not the container thingy. We don’t package that for FreeBSD, and a 30-seconds attempt at doing so hits a “need some under-specified dependencies”. I get the urge to submit some merge requests for the CMake files and documentation (as always, constrained by time to actually write the patches). 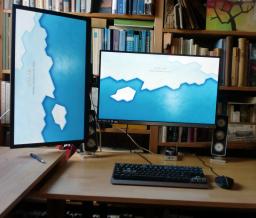 For autumn housecleaning I threw out a bunch of stuff I’d been keeping since 2003 that “I would read someday”, which turned out to be untrue. The newly-available space has been claimed by computer parts, though. My desk remains largely unchanged, with SDDM not understanding my weird monitor setup. Plasma deals with that layout just fine (the left monitor is for all kinds of chat applications, where I don’t have to watch it directly and the vertical space means more IRC history remains visible when I do look at it).

Blog housekeeping has completed phase 1: all my wordpress entries from the mysteriously-vanished hoster that I used have been imported, although links between the entries are not fixed yet. This includes my FSFE blog back from when I was involved with that organization. The old posts remind me of all the events I’ve been though in my years involved with Free Software. One that particularly struck me and which as true today as it was nearly eleven years ago is this one, quoting Atul Chitnis in his closing speech of FOSS.in in 2008: