This last week, my desk mostly looked like this: 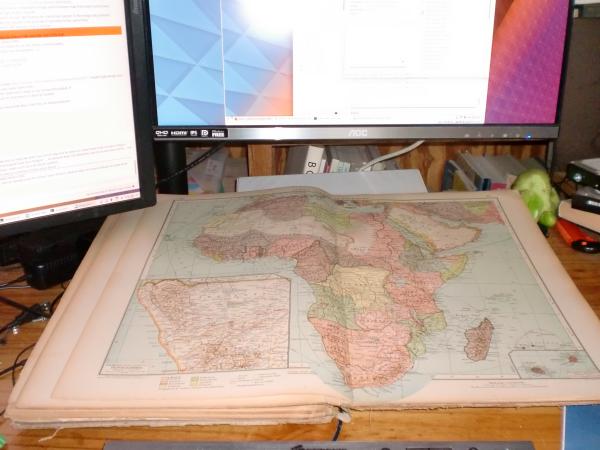 WQHD and even more HD on paper.

There was a bug report for Calamares that Reykjavik was misplaced. And once I started looking at that, it was pointed out that Johannesburg was misplaced as well, and then I did some serious clicking around and found that most of the southern hemisphere was subtly off in Calamares.

The timezone-selection widget in Calamares was borrowed from some distro installer a long time ago, and at some point the images were resized, and some math corrected to map image points to latitude and longitude on the map. The resizing introduced some aliasing artifacts, and then the math moved locations far north -- where a typical map projection is "stretched out" to the wrong spot. Some time ago I fixed up things above 65 degrees north or so. Reykjavik is at 64-and-a-bit north, so wasn't handled then. And it was a bodge anyway.

Your Reykjavik is in another timezone

So this week I sat down with an atlas (because that provides a much nicer overview than any online map, and has latitude and longitude lines) and a list of places to test. The selection works better now, much better far south, but it's not right yet. Basically, I'm going to have to re-draw this stuff, so I'm learning a little qgis to try to get this done (and otherwise I'll ask a friend in Nijmegen who does GIS stuff professionally).

The atlas nearest to my desktop was Velhagen & Klasings Kleiner Handatlas, printed in Leipzig, Germany, in 1922. I didn't feel like walking downstairs and grabbing a newer atlas. I figured the continents haven't moved that much in the past 96 years.

What I hadn't counted on was how much the world has changed. When I realised that, I kept the atlas open as an education.

It's not really visible in the photograph above, but in 1922 Africa was almost entirely under the yoke of colonialism. What wasn't "owned" by Europe, was blank. Germany had recently lost its colonies. Long-range air travel didn't exist (although the Atlantic had been crossed by a non-stop flight by then). The number of telegraph cables across the Pacific ocean could be counted with a two-bit integer. 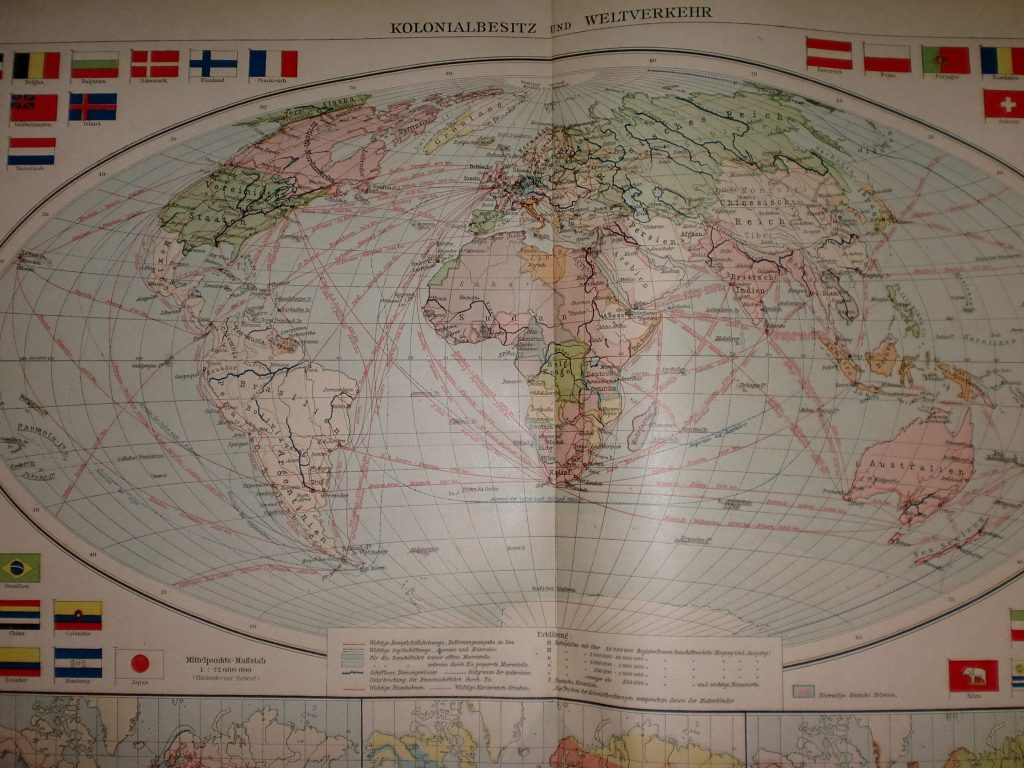 Remember that: the world wasn't always as it is today, and needn't be the way it is today, tomorrow. Strive to make it better.

Clicking around, I selected Harare, the capital of Zimbabwe. It's been Harare since my earliest memories (insofar as I thought about cities in Africa as a child). Knowing the latitude and longitude I could look it up in my atlas (to check that its visual place on the map matches where it should be). Unfortunately, there's only Salisbury in South Rhodesia there. Lagos, now 20 million people, is a small dot at six degrees north. All the struggles for independence are yet-to-come on this map. Almost everywhere I looked, a world that is very different.