During Akademy, I chatted with Aish about Malayalam, a language of Kerala state. It stands out for me as a language with a beautiful script.

Whether it looks good when used is another thing, though: for instance my FreeBSD machine didn’t display any characters (only boxes) while my Netrunner development VM did. Installing another 300MB of fonts gets me this 50%-state (I still think that’s gorgeous writing, and with the team working like they are, I expect that the front page will soon be all Malayalam): 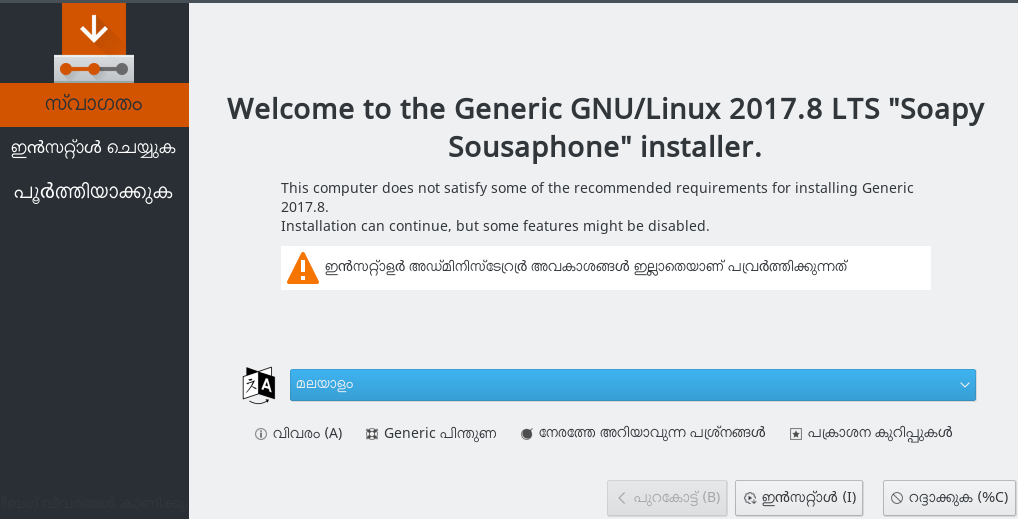 Thanks to all the translator contributors in the team!