Here's a step-by-step guide to getting a machine with FreeBSD 11 in it, running X, and KDE Plasma 5 Desktop and KDE Applications. It's the latest thing! (Except that 11-STABLE is in the middle of the pack of what's supported .. but the KDE bits are fresh. I run 10.3 with KDE4 or Plasma 5 on my physical machines, myself, so the FreeBSD version isn't that important except that packages are readily available for 11-STABLE, not for 10-STABLE.) 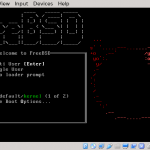 It boots to the extremely old-school FreeBSD installer (the irony is not lost on me, relative to what I do the rest of the week). 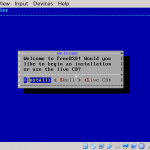 Wait for the install to finish. 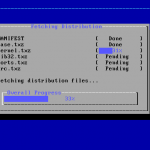 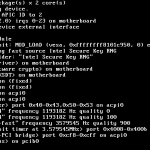 Log in as your regular user and run startx. 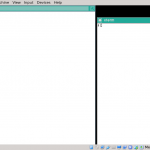 Aren't you glad you installed twm? Remember, exiting the top-left xterm will exit your X session.

If you really want, you can run startx, but this isn't the complete Plasma 5 desktop experience .. and KDE Applications are not installed, either. So you get a bare xterm (useful to kill X or start konsole) and kwin and not much else. Good thing that getting the rest of KDE Plasma 5 Desktop and KDE Applications is pretty easy (and we could have skipped the intermediate step with konsole and gone straight to the finish:

This metaport will pull in another 2GiB of stuff, for all the KDE Applications and a complete Plasma desktop. There are intermediate metaports for slightly-less-heavy installations, but this one is easy to remember and will almost certainly get you what you want. So it really comes down to installing X, dbus, hal, and then the kde package. Voila! 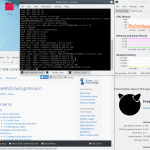 PS. The screenshot shows a machine with 10.3, not 11-STABLE. It comes down to the same process; I have the 10.3 packages built locally so i'ts faster for me this way. The 11-STABLE screenshots were taken in VirtualBox, but I have not had any recent success with VirtualBox and OpenGL and FreeBSD. I can't run any Qt applications: they all fall over when trying to load shared OpenGL libraries that simply aren't there in VirtualBox.