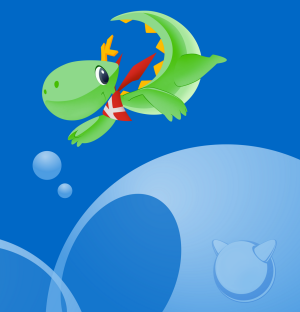 For the FreeBSD ports tree, there is a x11/kde5. It is a metaport, which means it collects other ports together; in this case, x11/kf5-frameworks (metaport for all the frameworks), x11/plasma5-plasma-desktop and a fistful of KDE Applications metaports (e.g. the metaport for KDE games, and the metaport for KDE graphics applications, and the metaport for what-we-consider-essential KDE applications like konsole, konqueror, dolphin, and okular). So, from a bare FreeBSD installation, installing x11/xorg, x11/sddm, and x11/kde5 should get you close to a working modern KDE Desktop experience. Throw in www/falkon and devel/kdevelop for a developer workstation, or graphics/krita for an artists workstation, and you've got a daily driver.

I'm not really happy with naming the port this way, but it is just an identifier that needs to distinguish it from other bits and pieces on the system. And our naming was historically such a mess that it's taken a long time to sort out; there are still some odd corners like x11/kde-baseapps.

What this means is that KDE4 users and modern KDE Desktop users can now be separated out effectively with the KDE packages on FreeBSD. Since there's no more upstream releases of KDE4-era code and Qt4 was end-of-lifed long ago, I can see us going the same route as Ubuntu (and Debian, and basically everyone else) soon-ish (in FreeBSD time) and handing the whole unmaintained stack to people with an active interest in maintaining it themselves, or dropping it. 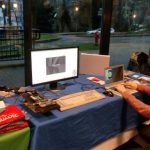 The elusive Tobias at FOSDEM

So, what's next? Well, in no particular order: