[[ Way back in 2008 or so, at Akademy in Mechelen, most attendees stayed in a hostel with 4 bunks to a room, which meant that after a long day hacking we ended up talking. It may have been Kevin who first asked "Ade, tell us a story." This year, in 2014, at my first Akademy in four years, I received the same request. I've written down the story that I told this year. It was invented on the tram in Brno between Česká and Technologiky Park at 23:20 on the 9th of September 2014. When I got home I illustrated it. Text and illustrations licensed under CC-BY. If Timothéé feels like drawing it up better, by all means. This is a work of fiction. Any resemblance to people or rabbits, living or dead, is purely coincidental or a weak attempt at humor. ]]

The tale of Glenda the Plan 9 Rabbit 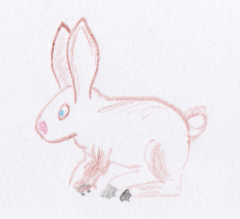 Once upon a time, Glenda the Plan 9 Rabbit was hopping through the forest. She was very happy, because she was free and hopping through the forest. The sun was shining and the birds were singing in the trees. Glenda was free because she had escaped from Bell Labs with a BSD license. That's not quite as good as a license to kill, but you hardly need one of those as a member of the lagomorphidae, do you? Glenda hopped amongst the trees and she hopped through the bushes and she was very happy. There was a forest path and she ignored the crossing lights and just hopped straight to the other side. She nibbled some grass and hopped onwards, through the trees, under the bushes and over the grass. 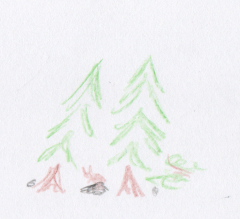 But then, suddenly, Glenda was stuck! She could not move her hoppy feet. She looked down, and there was a big black pool of tar. She tried to pick up her front left foot, but the tar was stuck to that. She tried to pick up her right front foot, but the tar was stuck to that too. Struggle as she might, her feet would not let go. Her left back foot sunk a little deeper into the tar. And then, with a glurpy sound, the tar made a great big tentacle that reached up and swayed in the crisp morning air. Glenda could still hear the birds singing as the tentacle squeezed her. With growing dread, Glenda realized that she would soon be stuck in a compressed tar archive. "That's it!" thought Glenda, and she pulled out the "j" she still had left over from jay-walking that morning. But it was BSD tar, and it doesn't understand the "j" option. Desperate now, Glenda the narcoleptic Plan 9 Rabbit (this is actually a useful power saving feature in all modern kernels) quickly fell asleep and with the help of those "z"s extracted herself from the terrible tar archive. She cleaned her feet on some chestnut leaves and hopped on through the forest. She hopped through the trees and under the bushes and over the grass. The sun was shining and the birds were still twittering. Glenda hopped over the grass again. 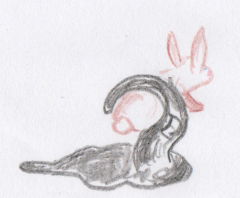 But suddenly, MROWR! A cat(1) ran out from the bushes towards her, with great terrible pointed teeth and sharp claws and Glenda jumped a foot in the air and turned and ran and ran and ran away from the cat(1) until she reached the edge of the sea and she ran across the beach and jumped into the water! Splash! The cat(1) could not get at her now, and it stayed on dry land, hissing and spitting. She swam and swam and there was a big red sailboat out on the sea. She swam until she got close and climbed up the ladder and there was a big man with a broad smile. 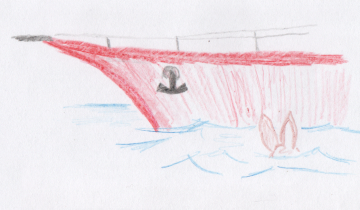 It was Larry O'Liason, the Irish gourmand who had grown fat by eating all the animals in the sea. "Welcome to my boat, O'Coral. An Irish name of the sea, I'm sure you'll see. Be welcome! Have something to eat!" And Glenda was very happy. There were no birds singing here, but gulls that screeched, and there was no grass to hop on, only 108 feet of teak from bow to stern. Still, Glenda was happy on board the O'Coral, and happier still because Larry gave her succulent grass to eat, and fresh crisp carrots. Soon Glenda was gaining weight, perhaps even becoming a little bloated. Her features, once sleek like a healthy forest rabbit, grew puffy. And Larry, she noticed, was watching her. Watching, while he sharpened a knife. But still she got her crispy carrots and succulent grass, and she hopped less on the teak deck. Until one day, Larry, with a grim smile, said "tonight, I dine on water-rabbit! I've not had that before."

And he pulled out his knife and gave out a cry and jumped at Glenda who shot a foot in the air and turned and ran and ran across the slippery teak deck and she ran to the bow and she ran back to the stern and she could hear Larry laughing behind her and he was gaining and she ran back to the bow and Larry was still gaining when THUMP! Another ship hove alongside! It was a crusty old galleon, and it had hoisted the black flag. The skull and crossbones! Larry gripped his knife between his teeth and turned to face this adversary. At the bow of the galleon stood a man with a long tangled beard and a wild look in his eyes. He held a scimitar in one hand and cried "O ho ho ho! I, Richard Boatsman, have come to thwart your terrible deeds, Larry O'Liason! And the railing rang as he leaped across and his scimitar was shining in the sun. It didn't flash, though Richard did gnash his teeth. He bore down on Larry and the terrified Glenda, who regarded him with great big bunny brown eyes full of awe and relief. Richard faced the opposite captain, glanced at Glenda, and said "oh, hang on, you're BSD licensed, aren't you. Well, carry on then." He turned and sailed off in his boat and Larry had Glenda for dinner and lived happily ever after. 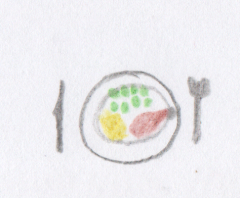