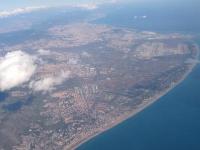 The change-over from 17 degrees in Barcelona to 6 and gloomy in Amsterdam is considerable. This past week I was in Catalunya to participate in the Linux App Summit, a new gathering of applications developers looking to deliver applications on Linux to end-users.

Of course I handed out Run BSD stickers.

To a large extent the conference was filled with people from the KDE community and GNOME – but people don’t have to be put in one single category, so we had FreeBSD people, Linux people, Elementary people, openSUSE people, coders, translators, designers and communicators.

I’d like to give a special shout-out to Nuritzi and Kristi for organizational things and Regina and Shola for communications and Katarina and Emel Elvin for coding. To Heather for schooling me, Muriel for hearing me out and Yuliya for making me eat flan. To Hannah and Hannah for reminding me to update some packaging stuff. 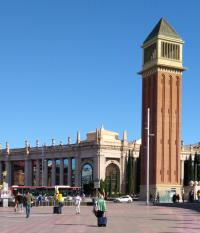 I guess there were some guys at the conference too.

Kenny taught me more things about audio. Sriram explained some kinds of audience strategy. I talked with Aleix and Albert about everyday-language. I learned a teensy bit of rust from someone with a German accent and a red beard.

Egged on by some over-coffee discussion I gave a talk titled Hey guys, this conference is for everyone, which talked about cultural differences and making people feel welcome and comfortable. After all, we want as many app contributors as possible. It turns out that people from Ohio and people from Alberta are compatible, in terms of natural conversational distance. We found this out live on stage, and I expect to give this talk more often in places where it can be a positive, looking-forward contribution to an event.

In many ways I was an unusual attendee at this conference. I do most of my work in FreeBSD, and run mostly applications on FreeBSD. My work is on Linux system installers, which don’t behave like apps in the consumer sense of the word, and on security services, which run somewhere at the bottom of the stack. Still there’s plenty to learn about containerization and making applications run anywhere, be it Plasma Mobile or some desktop or elsewhere.

As happens so often, I didn’t see all that many talks at the conference. One of my favorites was the quick talk by Saloni and Amit about student retention after “introductory” programmes. It was really well presented; the message it brought, which is “retention is really low” is an unhappy one, though. 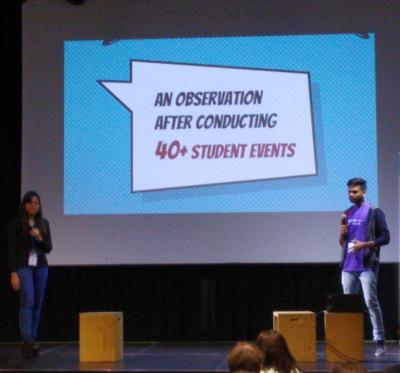 Overall it was good to (re)connect with a bunch of people in the Linux ecosystem, to see people working together to deliver what we care about – the best tool for the job – to end users. I think any conclusions presented from this conference are way premature, but there’s food for thought going forward.